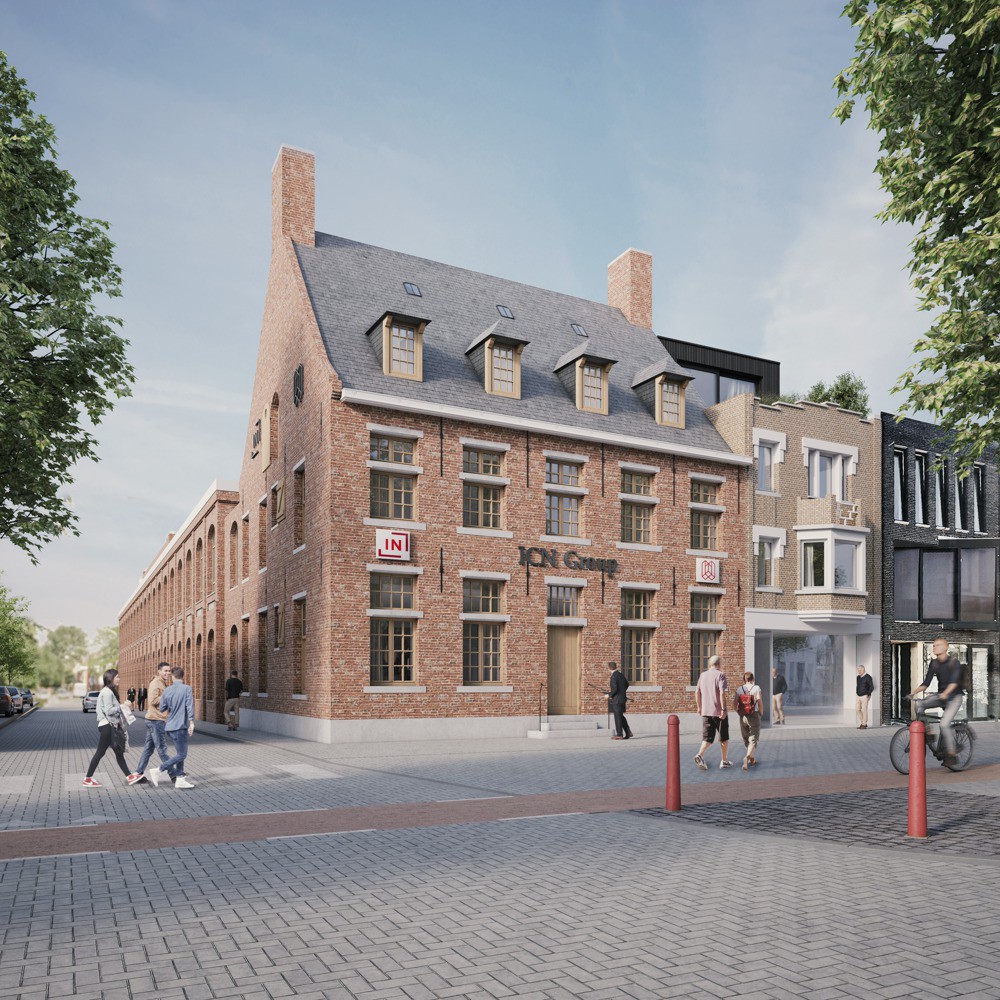 The characteristic historic building on the corner of Vrijheid and Karel Boomstraat, known locally as ‘Torenijzer’, will soon be given a different purpose. The former townhouse, originally from the sixteenth century, has had a variety of destinations in its past.

The former monastery was successively inhabited by various French families, and later furnished as a gendarmerie, butchery, hospital and inn. In the twenties of the last century it was purchased by the “Vrije Vakschool”, whom rented from 1984 for catering purposes. Since 2009, Torenijzer has been part of the architectural heritage of Hoogstraten.

ICN Development has not skipped the historical meaning and aesthetic value of the corner house. With this project, we are committed to a practical and stylish re-use of ‘Torenijzer’ and the adjacent buildings, while retaining the authentic character, architecture and facade views.

Part of this building will be used by ICN Development and sister company ERA One as their new office.

Developed in partnership with Seald.

Send us your message: